Tom Brady wants to continue his career; will it happen outside of New England?

This off-season Tom Brady, arguably the greatest NFL quarterback of all-time, could be leaving New England to play with another franchise.  There have been rumors of him joining the Los Angeles Chargers, Las Vegas Raiders even the Indianapolis Colts.  None of those options provide an opportunity for Brady to both play with an established team and prove he can win a championship outside of Foxborough. Here are the Top 3 best landing spots for Brady.

It’s unclear if Kyle Allen or Cam Newton is the future in Carolina, but either way Brady would be an upgrade. Allen’s passer rating was an 80 and left a lot to be desired with only 17 TDs 16 interceptions.  The Panthers have a trio of weapons Christian McCaffrey, the dual threat running back with over 2,000 yards, DJ Moore (over 1,000 receiving yards) and the speedy Curtis Samuel. The loss of Greg Olsen will hurt, but free agency and/or the draft could fill that void faster than expected. The defense gave up 29.4 PPG and losing Luke Kuechly to retirement hurts, but that creates an opportunity for Shaq Thompson to take the next step. Rookie head coach, Matt Rhule, in his 1st NFL Head Coaching stint will have his hands full with the adjustment, but having hotshot OC Joe Brady leading this offense will potentially open it up to levels unknown like he did at LSU.  While Brady would be a huge upgrade the Panthers may have to average north of 30 points per game to even win the division. 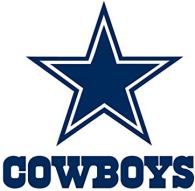 Brady coming to Dallas is so “Cowboys”, but not for the reasons you may think. Dak Prescott has shown himself to be everything that Tony Romo wasn’t and appears to be headed for a huge pay day from Jerry Jones via the Exclusive Franchise Tag or signing the long overdue contract, but the question still looms; can he win the big one?  Dak had a Passer Rating of 99.7 throwing for almost 4,000 yards and 30 TDs, but somehow “Dem Boys” still missed the playoffs. He wasn’t deemed the scapegoat, but that would change if a championship doesn’t result in opening up the checkbook to 1st Zeke and now Dak. Bringing in Brady with arguably the best OL in football would remove a huge question mark and provide a battle tested championship QB.  Dallas has more weapons that most divisional teams combined with Ezekiel Elliot and the receiving trio of Amari Cooper, hopefully back at full strength, Michael Galup and Randall Cobb. There have also been internet rumors swirling around about Dez Bryant making a return back to the Big D. The Cowboys gave up 20.1 points per game last year led by the best front 7 in the league. Robert Quinn and DeMarcus Lawrence make teams predetermine who they will double-team while Jaylon Smith’s sideline to sideline ability makes it difficult for most offenses to achieve their goals.  The scapegoat of all the recent failures in Cowboy history, Jason Garrett, is gone and they have a championship winning coach in Mike McCarthy. It seems like a match made in heaven, but McCarthy knows you must have a QB who is undeniably the leader of the team while possessing the skills to win the big games. Brady would be a stopgap, but bringing a championship to Dallas could make fans ignore the drop-off that would occur after he retires at age 45.

Kirk Cousins has taken a big step up as the leader of the Vikings, but is that enough to lead to them a Championship?  His passer rating of 107.4 puts him at an elite level, but there are still questions about him being what they need to win a championship.  The Vikings would have to trade Cousins and with a number of teams, some covered here, looking for upgrades he may fit the bill. Minnesota must pull the trigger prior to the draft to create the cap space and obtain additional picks to upgrade the few weak areas of this team. The weapons in the Twin city are plentiful. Dalvin Cook is a top 5 back with dual threat capabilities that any QB would love.  The receiving combo of Stephon Diggs, Adam Theilen and Kyle Rudolph while having a down year by their standards are primed for a rebound year of epic proportions with the right QB. The Vikings defense is one of the best in the league giving up 18.9 PPG led by a young hungry group led by Erik Kendricks, Harrison Smith and Anthony Barr. Mike Zimmer’s defensive prowess can go to the next level with a more efficient offense even though they averaged 25.4 points last season. This upgrade isn’t significant, but the championship pedigree of Brady could be the last barrier that Viking Nation needs to claim another title.

At the end of  the day only Tom Brady knows what motivates him and what will drive him to another franchise to attempt to win another championship outside of the confines of Foxborough.  One thing is for sure the certified stamp or permanent ugly stain he will create by selecting the correct or incorrect team will outweigh the dynasty he led in New England.  As with most things, its not what you have done that lasts, but what you have done lately. The lasting memory of such an iconic athletic figure sure be that of great lore, but leaving New England would forever tarnish the dynasty.