With the NBA trade deadline only two days away, the approach most NBA teams are taking is much different than in the past and don’t look for it to change too quickly. Today’s NBA is all about star players — multiple if possible. Gone are the days of cultivating your own stars and hoping one takes the lead to a championship bid, and despite Old-School fans hating the “new school” approach to winning, four out of the last five champions have used it as their championship blueprint.  With this new trend taking over the league, GMs need to adjust if they truly want to hoist the O’Brien trophy at the end of the season.

As rumors swirl about which piece could improve a team during the playoff race, the harsh reality is that only four to five teams have a legit shot at winning the NBA title — barring injury.  If your favorite team is outside of that Top 5 you have to hope that they take the wait-and-see approach to wheeling and dealing. Rebuilding is an ugly word that many fans dread hearing about their favorite teams but if you aren’t cheering for Golden State, San Antonio, Cleveland, Toronto or Houston that is what you have to look forward to. So far the biggest move took place between teams with a combined .412 winning percentage. Yes, Sacramento cut the bait with DeMarcus Cousins, but they didn’t get his true value from the Pelicans.  The combo of Cousins and Anthony Davis should be formidable and get them into the playoffs, but there

So far the biggest trade involved two teams with a combined winning percentage of .412. Sacramento cut bait with DeMarcus Cousins, but did they get enough in return from New Orleans?  The combo of Cousins and Anthony Davis should be formidable and get them into the playoffs — that’s if they can catch Denver — but is that enough to upset the Warriors in the one vs. eight matchup in the first round… not at all.

Looking at the NBA landscape from a general manager’s point of view you have between two to four years to get your teams ready for what appears to be the most competitive NBA in decades.  Within that time you will see Lebron’s game start to fade in addition to one of the greatest coaches to ever do it, Greg Popovich, finally retires in San Antonio. With those two teams taking a step back to the pack, team’s must now start planning for their championship attack. Golden State still will be a formidable opponent if they win a second championship in three years and sign Kevin Durant and Steph Curry to long-term deals but that Warriors team, as good as it is, has shown weaknesses from time to time.

Fans of Boston, Philly and even Utah have to be excited because unlike organizations that have rushed out to make foolish deals that eventually backfired, all three organizations have acquired assets that will make them attractive trade partners if, or when, a big money star needs to be moved.  The days of trade deadline moves like Rasheed Wallace to Detroit, Mark Aguire to Detroit or Mutombo to the 76ers that pushed teams to the finals might not be seen this year, but they aren’t too far out.

Fans, if you can fight the urge to be a bandwagon fan and wait out the paradigm shift, you too can be a fan of an NBA Champion. 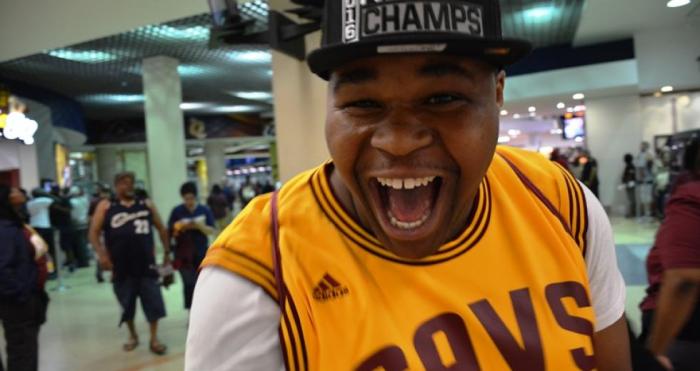