Last week was a tale of two halves and the final 39 seconds of the game. The Lions got out to a hot start, cooled off, heated back up and weathered the Colts storm to win on a field goal by Matt Prater and a safety on the last play. 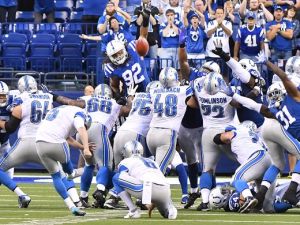 In order to start off the season 2-0 and get a win against the Titans the Lions have to execute in the following areas:

1. Teryl Austin must apply the pressure 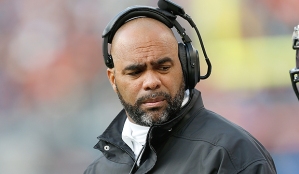 The defense was projected to be the strong suit of the 2016 Lions, but in Game 1 that was far from the case.  The unit looked a step behind and a day late for most of the game.  Carrying eleven defensive linemen means the team believes they can use enough rotations to wear teams down without blitzing every play.  Austin’s adjustments going into Week 2 must be extreme to be able to stop the running game and a mobile yet young QB in Marcus Mariota. Pressure causes pipes to burst, but a lack of will spell the ending of all chances of a winning record for the Lions this season.

2. Running Backs must compliment each other 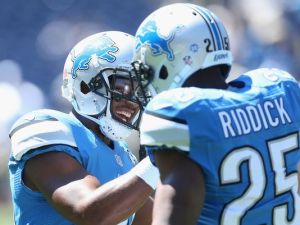 The two headed running back monster of Ameer Abdullah and Theo Riddick has shown, through Week 1, to be a force to be reckoned with.  Both were able to run and catch the ball out of the backfield.  The Lions can have a great balanced running attack without an individual back reaching the 100 yard plateau this season.  If they can collectively average  120 yards on the ground and 8 receptions for  75-100 yards, it gives this team a dynamic they havent had since Barry Sanders  wore the Honolulu Blue and Silver.  OC Jim Bob Cooter should continue to ride the hot hand and keep opposing defenses guessing.

3. Stafford must continue to Lead 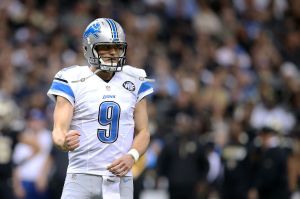 The Matt Stafford haters probably had heart palpitations as the QB led the Lions down the field and chewed out two of his receivers for not getting out of bounds in a key situation.  In Detroit, its far too easy to blame Stafford for every loss and much more difficult to accept that he was the reason for a win.  Completing nearly 80% of passes thrown, amassing over 300 yards, 3 TDs and no interceptions was beyond any Lions fans wildest dreams in the first game in the post Calvin Johnson era. The combination of creative play calling and an accurate arm will change the mind of many fans and the league.  He has the tools to take the next big step in the league, but his can’t fall back into bad habits, especially against a Titans team that will dial up the pressure against an inexperienced Lions O-line.

We know its not as simple as this, but if the Lions can repeat their performance of last week, they should start off 2-0.