When the University of Michigan Athletic Department announced that all its affiliate sports programs would be making the switch back to Nike in 2016, there was great excitement from players and the fan base. One surprise that wasn’t expected, was the addition of the Jordan Brand being part of that transition as well. Initially thought to be brought on board to cover the apparel for Men’s and Women’s basketball programs, it was announced recently that the football program would be the first to wear the Jordan Brand logo on the gridiron.

His Airness was the one to make the announcement:

The speaks to how big the Michigan Brand is because not even Jordan’s alma mater, University of North Carolina, was worthy of pulling off such a feat with its football program. Some say that a bigger/more successful team should have been selected to be the launch team, but it speaks to the level of respect Jordan has for the university and the overall history of the program

It will be weird seeing the iconic Jumpman logo on a football uniform, but I can only imagine the excitement the players will have if they are able to wear cleats like these, in maize and blue of course. As the saying goes “You play better when you look better” and in 2016 the Wolverines will definitely look better. 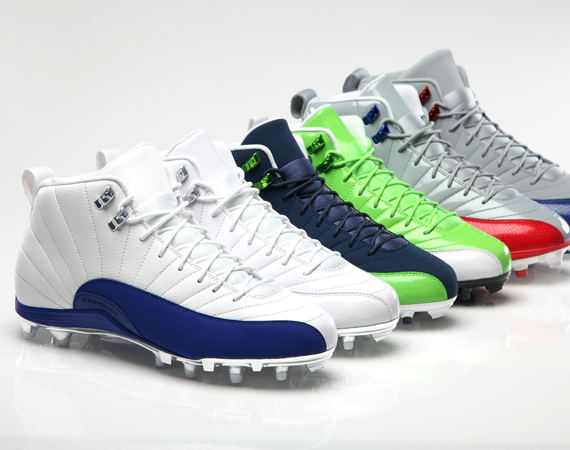