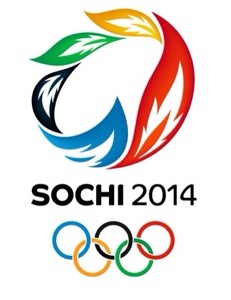 The Olympic Games are the most recognized sporting event around the world. Dating back to when they were called the Nordic Games(exclusive to the Scandinavian countries) the Winter Olympics had been as preserved as the Fortress of Solitude….until now.

Sochi may be that kryptonite that can bring the IOC’s Winter darling to her knees!
Quick Facts about Sochi:
Population-343,334
Borders the Black Sea
Square Footage- 1,361 sq/mi
One of a few cities in Russia with a subtropic climate
Sochi was claimed due to the Russian Army’s victory in the Caucasian War
Sister Cities: Sidon, Lebanon and Long Beach, CA (213)

The Olympic Games always tend to be above the curve of athletic evolution to keeping athletes and fans alike fully enthralled in the competitive spirit in spite of the frigid temperatures. Let’s break down the selection process of the Olympic games.

According to the IOC the bidding process is as follows:

From that list the IOC executive board accepted the following cities as candidate cities: Sochi, Salzburg and PyeongChang

Applications were analyzed and visits were made by the IOC Evaulation Commission. Subsequently there were two rounds of voting that took place.
The rules of voting is that each member may only vote for one city per round and the host city candidates are excluded from voting. In Round 1 the city with the least amount of votes is eliminated from contention and the top 2 cities move into the final round of voting. The election results are as follows:

In the world of sports this would be considered an upset on the forefront, but there is always more behind the iron curtain.

The Olympics always tends to bring out the best and the worst I the host country and of course Russia is not exception. While the Russian contingency wants this to be the Olympic Games to make the world forget all about the 1980 games when many countries including the United States boycotting due to political unrest. On the eve of the Opening Ceremony, public opinion is definitely far away from the 1980 controversy and is focused on a country who by most accounts appear ill-prepared for rec league championship let alone the Olympics. Just so you know, the bid was granted 7 years ago with an estimated 51 BILLION budget.

Maybe the plan was to give the media the bare necessities and give the czar treatment to the athletes and the dignitaries. It leads one to ponder how a small vacation town off the coast of the Black Sea is now the focus point of the free world. There are many rumors swirling around from dirty politics to Russian mobsters to a setup by the rest of the world for Russia to fall flat on their face and be exposed as no longer being a super power.

Regardless of your opinion or the real truth, the real story of every Olympics should be the quest and conquering of the athletes!

Personally I think only two things could be the real reason that Sochi was awarded the 2014 Winter Olympics:
A visit was made by none other than the great Heisenberg

My money is on Walter White!!!