Quietly this division is up and coming with arguable the best collection of young gun slingers in the league. However this division seems to be the same ol stuff different year with the two team thoroughbred race between the Colts and the Texans. Let’s dig into the changes, impact players and they reason why they will and won’t make the playoffs.

Colts
More protection for Peyton 2.0 aka Andrew Luck has been deployed in Cherilus and Thomas that will hopefully solidify the big uglies and reduce his sacks from a 4th worst 40 times in 2012. The biggest question is how Luck will react to the league having a years worth of footage on him and avoiding that sophomore dip. Will Marvin Harrison be able to improve the young receiving core to take pressure off the Freeney-less defense? Werner is going to counted on heavily to fill that void. The coaching change back to the fully recovered Pagano will be interesting considering Arians’ departure. It will truly show the true impact he had on the surprise playoff team last year.

Why they will make the playoffs-Luck, has proven the critics wrong and has validated the supporters belief in a short time frame. He must continue to make gains and make the players around him better. This team will go as far as his high football IQ and golden arm will carry them.

Why they won’t make the playoffs-Luck, again the achievement gap that’s established this year could spell disaster in Indy. If the game speeds up exponentially for the 2nd year QB, the number of increased errors(turnovers and incompletions) could decrease the win total by 3-5

Jags
Defense was the focus of the offseason for Jacksonville. Adding an entire new secondary can’t be worse than the output of the porous defensive backfield that an allowed 63.7% completion percentage with only picking off 12 opponent passes. Paul Posluszny steps in as the leader of young aggressive linebacker core, but they may end up playing on roller skates with an underachieving DL that hasn’t seen much of an upgrade. Maybe the change in the defensive scheme will make a positive change in the D. MJD has to let his play match the controversy that has surrounded him since his lockout, even though he lead the team in rushing with a whopping 484 yard last year.

Why they will make the playoffs-Blaine Gabbert becomes the QB the Jags envisioned him to be when they drafted him much higher than most NFL front offices had him ranked. Also MJD has to have a 1,000/1,000 year to contribute to key division wins

Why they won’t make the playoffs -Offensive ineptness, just not enough firepower available at this current time. Major pieces are there, but not enough to truly put up the plethora of points needed to be competitive enough to be in the playoff race, but maybe competitive enough to entice some hungry free agents for the 2014 season. (yeah I know it’s sad that we have to fast forward this season, but its like that and that’s the way it is….Huuuh!!) 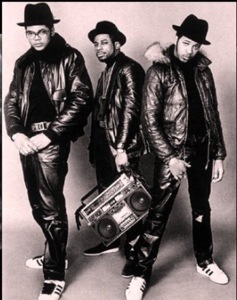 Texans
The reigning king of the conference has quite a performance to recreate, but with some new pieces to play with. The downgrade from Quinn to Ed Reed will show greater benefits in the locker room than on the playing field which should pay dividends for years to come. Andre Johnson is as consistent as it comes at WR, you have to wonder if he has found a robin in Hopkins or some other hidden gem WR on the roster. Even though they only have one WR options they had few holes on both sides of the ball. The question of the year is how long will this window of opportunity be open for Shaub and company?

Why they will make playoffs– Arian Foster is the engine the keeps this team churning. His durability in the running and receiving game makes the lack of a true #2 WR and takes pressure off Shaub and Johnson. Fans will go bananas if Foster runs wild

Why they won’t make the playoffs– The lack of true balance on offense that can make them too one-sided could lead to their demise. The more carries Foster has the better chance other division foes have at taking the crown.

Titans
It appears that Music City will need a miracle this year to improve at a sufficient enough rate to compete this year. Locker had the stats of a game manager with 10 TDs and 11 picks last season. The Titans need to channel the inner Jake from his junior year at Washington. He has one of best backs in the league and has picked up some additional weapons that should improve his numbers. It will also determine if the problem is the personnel or the system. Added depth in the defensive backfield should offer improvement from allowing 66% completion percentage and only intercepting 16 passes while giving up 31 TD in the air. Titans QBs were sacked a total of 39 times, so pass protection must improve to prevent Jake from being the hurt Locker.

Why they will make the playoffs-CJ plain and simple is THE difference maker on this team and is the leader of this team. It’s not necessary to rack up 2K yards rushing and 1,000 receiving, but to recreate the significant game changing and back breaking plays that’s he’s known to achieve. This will take pressure off Locker and the defense.

Why they can’t make the playoffs– Locker, to break it down honestly he’s not ready. This team needs an overconfident gun slinger with a knack of putting this team on his back and carrying them across the goaline. He can possible become this player, but he has a ways to go.